How do AI and Fall Prevention Work Together? - VirtuSense

Unfortunately, violence in the healthcare setting seems to be a growing epidemic, to the point that it’s become commonplace. The World Health Organization (WHO) defines workplace violence as, “Incidents where staff are abused, threatened, or assaulted in circumstances related to their work, including commuting to and from work, involving an explicit or implicit challenge to their safety, well-being, or health.” WHO considers both physical and psychological harm, including attacks, verbal abuse, bullying, and both sexual and racial harassment, to be workplace violence. 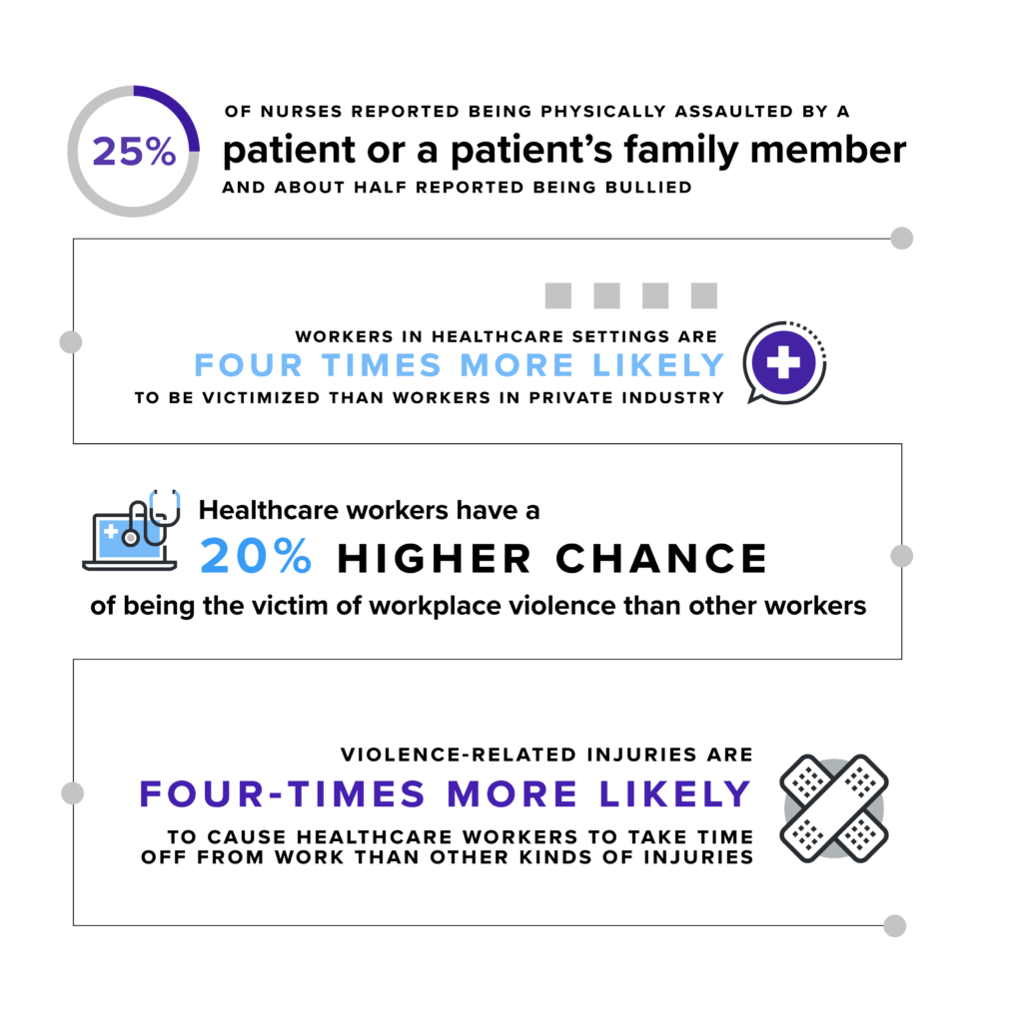 The most prevalent form of abuse is perpetrated by patients and their families/friends. In fact, 75% of all workplace assaults happen in healthcare—that’s 18,750 assaults per year! Because it has become part of the job, it often goes unreported. According to The Joint Commission, only 30% of nurses and 26% of emergency department physicians have reported incidents of violence. There is a stigma attached to reporting these incidents, and when they are reported, blame is sometimes shifted to the healthcare worker. De-escalation techniques often backfire, as well.

CNAs experience the highest rates of violence mainly because they are in more frequent contact with patients/residents and their families, assisting with daily hygiene, feeding, and moving around. This violence is not only traumatic for the victims, it takes a financial toll on organizations in medical treatments and lost productivity if the CNA needs time off to recover or leaves altogether. The cost of replacing a nurse is $27,000–$103,000.

What to do about it

You know the old saying, “If you see something, say something.”
Healthcare Workers

How do AI and Fall Prevention Work Together? - VirtuSense